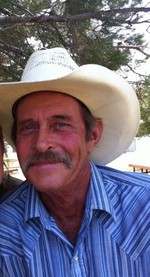 Funeral service will be held Thursday, August 15, at 10:00 AM at the First Baptist Church in Rising Star, Texas with Terry Simmons officiating. Burial will follow at Salt Tank Cemetery in Eastland County, Texas. The family will have a time of visitation Wednesday, August 14 from 6:00-8:00 pm at Higginbotham Funeral Home in Cross Plains, Texas.

Billy was born December 28, 1955 in Rising Star, Texas to the Late Grady Bush Sr. and Elna Kathryn Bush. He attended and graduated Rising Star High School. He was married to Kathy Sue Stennett for 37 years. They raised 3 children, Kirby, Racheal and Bridger. He spent the majority of his career working for the city of Rising Star. He was an active member of the Rising Star Volunteer Fire Department for over 20 years. He was always found helping others in the community.

Billy was preceded in death by his parents.

Billy is survived by his 3 children, Kirby Bush and his wife, ShaShawna of Troy; Racheal Bush and her fiancé, Jacob Brothers of Kerrville; Bridger Bush and his wife, Katelyn of Knox City; 5 grandchildren, Donal and Daniel of Troy; Jersey and Keagan of Kerrville; Aspen Bryer of Knox City; 3 brothers, Grady Bush Jr. and wife, Nell of Rising Star; Mickie Bush and wife, Eva of Brownwood; Thomas Bush of Rising Star; multiple nieces and nephews that he loved dearly.