To share your memory on the wall of Bob Robinson, sign in using one of the following options:

Funeral service will be held Saturday, December 14, at 2:00 PM at Higginbotham Funeral Home Chapel in Cross Plains, Texas with R.D. Childers officiating... Read More
Bob Henry Robinson, 73, of Cottonwood passed away at his home on December 10, 2019.

Funeral service will be held Saturday, December 14, at 2:00 PM at Higginbotham Funeral Home Chapel in Cross Plains, Texas with R.D. Childers officiating. Burial will follow at Cottonwood Cemetery in Cottonwood, Texas. The family will have a time of visitation Friday, December 13 from 5:00-6:30 pm at Higginbotham Funeral Home in Cross Plains, Texas.

Bob was born on October 20, 1946 in. Gorman, Texas to William T. (Bill) and Mable Barnes Robinson. He attended Cross Plains schools, and on June 23, 1967 he married Barbara Cookie Clark. They spent 52 ½ years enjoying life adventures together. After graduation, he entered the Air Force and served 4 years during the Vietnam War. One of those years was spent as combat support at Takhli AFB, Thailand.

After completing his service, he worked at 3M in Brownwood, TX then attended Phoenix School of Welding in Phoenix, AZ. He then moved back to Texas and went to work for Warren Cat of Abilene where he worked until retirement after 25 years. During his time, there he held several positions including welding & fabrication shop foreman, field service shop foreman, field service mechanic, and inspector for international sales.

Bob was the president of the Cottonwood Historical Association where he worked diligently preserving and maintaining the cemeteries in Cottonwood. He was also the Vice Chair of the Callahan County Historical Commission, using his skills to erect markets for historical sites in the county.

Bob was preceded in death by his parents William T. (Bill) and Mable Barnes Robinson and sister Vivian Robinson Bush. He is survived by his wife Barbara (Cookie) Clark Robinson, sister Martha Robinson Malone, son Brian William Robinson, and numerous nieces, nephews, and close friends who each brought tremendous meaning and joy to his life.

To send flowers to the family or plant a tree in memory of Bob Henry Robinson, please visit our Heartfelt Sympathies Store.

We encourage you to share your most beloved memories of Bob here, so that the family and other loved ones can always see it. You can upload cherished photographs, or share your favorite stories, and can even comment on those shared by others.

Jeremy Tatum and Taylor Huey and Your friends at Watermark have sent flowers to the family of Bob Henry Robinson.
Show you care by sending flowers

Posted Dec 13, 2019 at 03:16pm
Thinking of your sweet family during this difficult time. Love you all very much. Sincerely,

Posted Dec 12, 2019 at 04:46pm
Please accept our most heartfelt sympathies for your loss. Our thoughts are with you and your family during this difficult time.

Flowers were purchased for the family of Bob Robinson. Send Flowers

Your friends at Watermark

Posted Dec 11, 2019 at 12:38pm
Our thoughts and sympathies are with the Robinson Family during this difficult time.

Your friends at Watermark purchased flowers for the family of Bob Robinson. Send Flowers 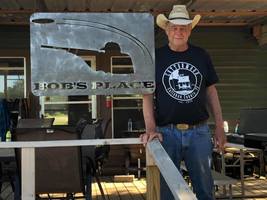 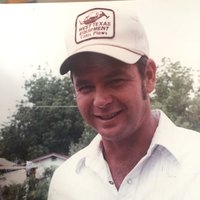 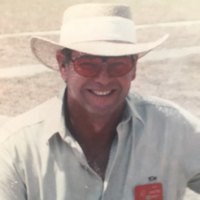