To share your memory on the wall of Douglas Weiss, sign in using one of the following options:

Provide comfort for the family of Douglas Weiss with a meaningful gesture of sympathy.

Funeral service will be held Saturday, March 30, at 2:00 PM at the Higginbotham Funeral Home Chapel burial will follow at the Cro... Read More
Douglas A. Weiss, 76, of Cross Plains, Texas passed away on Thursday, March 28, 2019 in Weatherford, Texas.

Funeral service will be held Saturday, March 30, at 2:00 PM at the Higginbotham Funeral Home Chapel burial will follow at the Cross Plains Memorial Park in Cross Plains, Texas.

Doug was born April 12, 1942 in Cross Plains, Texas to the Late Thomas Carl and Blanche Ophelia Andrews-Weiss. He worked for 3M Manufacturing in Brownwood, Texas. He retired after 25 years in 2004. Doug was an avid deer and elk hunter. He enjoyed sports, especially baseball and softball. He enjoyed watching kart racing. He loved playing his guitar and shared his love of that with his children and grandchildren. He made many friends and had many laughs at Jean’s Feed Barn where he had coffee daily. He was loved by many and will be sorely missed.

The family would like send a special thanks to Eddie Strickland for being such a special friend to Doug and to Donnie Dillard for going over and beyond taking care of all of Doug Medical Care.

To send flowers to the family or plant a tree in memory of Douglas A. "Doug" Weiss, please visit our Heartfelt Sympathies Store.

Receive notifications about information and event scheduling for Douglas

We encourage you to share your most beloved memories of Douglas here, so that the family and other loved ones can always see it. You can upload cherished photographs, or share your favorite stories, and can even comment on those shared by others.

Wayne & Paula and Your Transportation Family have sent flowers to the family of Douglas A. "Doug" Weiss.
Show you care by sending flowers

Your Transportation Family purchased the The FTD Loving Light Dishgarden for the family of Douglas Weiss. Send Flowers 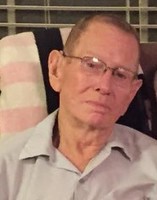