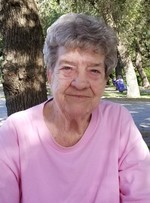 Evelyn’s wishes were to be cremated so the family will have private memorial service at a later date.

Evelyn was preceded in death by her 2 sons, Robert Donald Stark in July of 1986 and Russell Barnes in July of 2014; daughter, Anna Chesshir in June of 2017.