To share your memory on the wall of Melba Hutchins, sign in using one of the following options:

Memorials may be made to ASPCA, Cross Plains Library, Atwell Cemetery Association or charity of your choice.
Read Less

To send flowers to the family or plant a tree in memory of Melba Fern Hutchins (Bentley), please visit our Heartfelt Sympathies Store.

Receive notifications about information and event scheduling for Melba

We encourage you to share your most beloved memories of Melba here, so that the family and other loved ones can always see it. You can upload cherished photographs, or share your favorite stories, and can even comment on those shared by others.

Darwin & Pauline Purvis & Jo Purvis Paxson, Alan and Colene, and other have sent flowers to the family of Melba Fern Hutchins (Bentley).
Show you care by sending flowers

Flowers were purchased for the family of Melba Hutchins. Send Flowers

Posted May 31, 2019 at 04:45pm
We were very blessed to know Ferne for over 40 years. Thank you for sharing her with us. Let the many happy memories of her live within you always.

Alan and Colene purchased flowers for the family of Melba Hutchins. Send Flowers

Darren Williams purchased the The FTD Sleep in Peace Wreath for the family of Melba Hutchins. Send Flowers 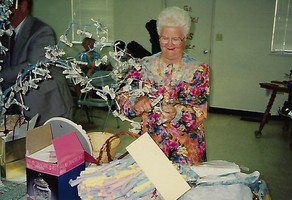 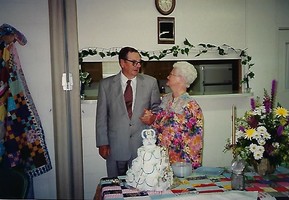