To share your memory on the wall of Jennifer Schubert, sign in using one of the following options:

Provide comfort for the family of Jennifer Schubert with a meaningful gesture of sympathy.

Many years later, she would be reunited with the love of her life Bobby Keith Schubert, to whom she was married for the past 9 years until her death. When they married, she was blessed to gain two more children, Christopher David Schubert of Tyler and Kylie Jo Schubert Brown of Amarillo.

She is survived by her children, sons-in-law Chris Sliger of Clyde and Kyler Brown of Amarillo, parents Bob and Carolyn Morgan of Cross Plains and John and Georgeann Leonard of Nacogdoches, three grand girls Kirstin (11), McKenna (7), and KellyAnn (5) of Clyde, three sisters Julie Morgan Reed and husband Doug of Wheeler, Pam Glover Smith and husband Brandon of Stephenville, Sheryl Glover Pope and husband Randy of Grand Prairie, brother Seth Andrew Morgan and wife Shelly of Amarillo, plus a multitude of nieces, nephews, aunts, uncles, and cousins.

Her family, whom Jennifer held so dear, is eternally grateful for all of the love and prayers they have received throughout her sickness battle. We are at peace knowing that she is no longer suffering but she will be horribly missed until we are reunited with her in heaven. Like she always said, “This is not goodbye, only see you later”.

Funeral service will be held Friday, December 21, 2018 at 2:00 PM at First Baptist Church in Cross Plains, Texas with Ronnie White officiating and Rodney Watson assisting. Burial will follow at Atwell Cemetery in Callahan County, Texas with Kenneth Reiter officiating. The family will have a time of visitation at the funeral home on Thursday, December 20 from 6:00-8:00 pm.
Read Less

To send flowers to the family or plant a tree in memory of Jennifer Schubert (Morgan), please visit our Heartfelt Sympathies Store.

Receive notifications about information and event scheduling for Jennifer

We encourage you to share your most beloved memories of Jennifer here, so that the family and other loved ones can always see it. You can upload cherished photographs, or share your favorite stories, and can even comment on those shared by others.

Jake and Rachel Huchton sent flowers to the family of Jennifer Schubert (Morgan).
Show you care by sending flowers

Posted Dec 19, 2018 at 03:01pm
Sent with our most sincere condolences. Our thoughts are with you and your family.

Jake and Rachel Huchton purchased the The FTD Cherished Friend Bouquet for the family of Jennifer Schubert. Send Flowers 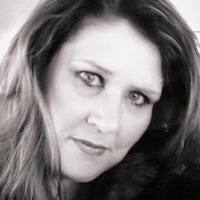